Piki was a new product from the Turntable crew that focused on capturing the synchronous music discovery magic of Turntable and porting it over to an asychronous experience.

Users would "Pick" their favorite songs, and Piki would pair them up with their musical soulmates. Piki then generates a radio station based on these people, and allows the user to filter down by genre.

Sadly Piki.fm shut down when Turntable.fm closed its doors in 2014.

I lead a team of amazing designers & illustrators to rapidly iterate and design the web & mobile experiences.

Designing the core of the product, a people-powered music player, was a unique challenge. W wanted to put just as much emphasis on the person who picked the song as the song itself. Discovering people lead to discovering music.

We iterated over dozens of designs before landing on the final implementation. 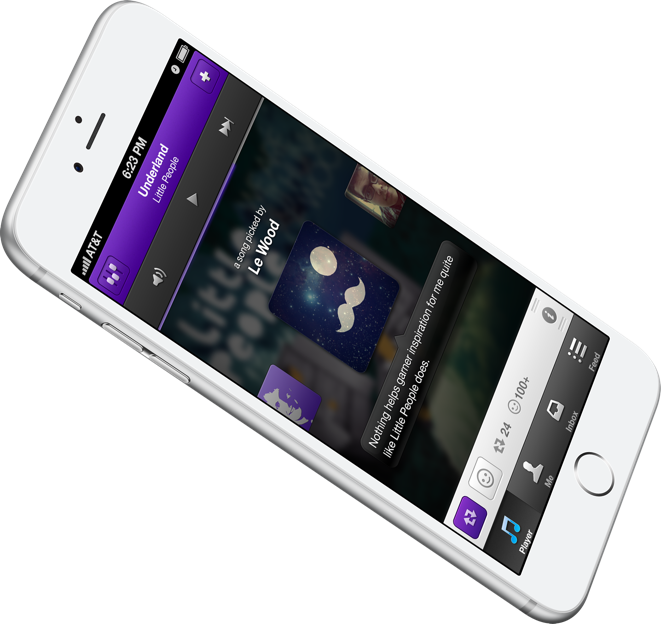 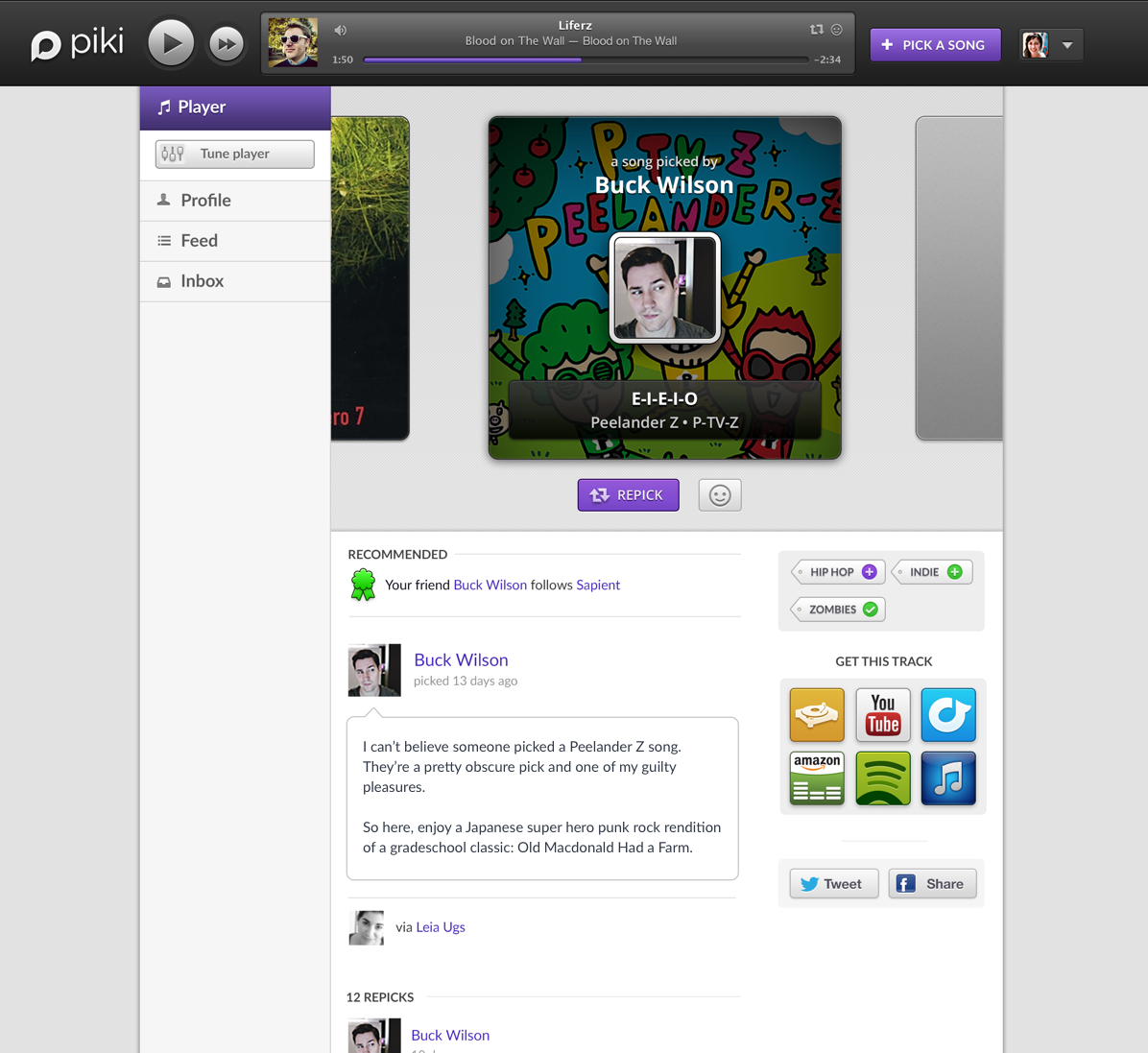 A few (of many) iterations on the player 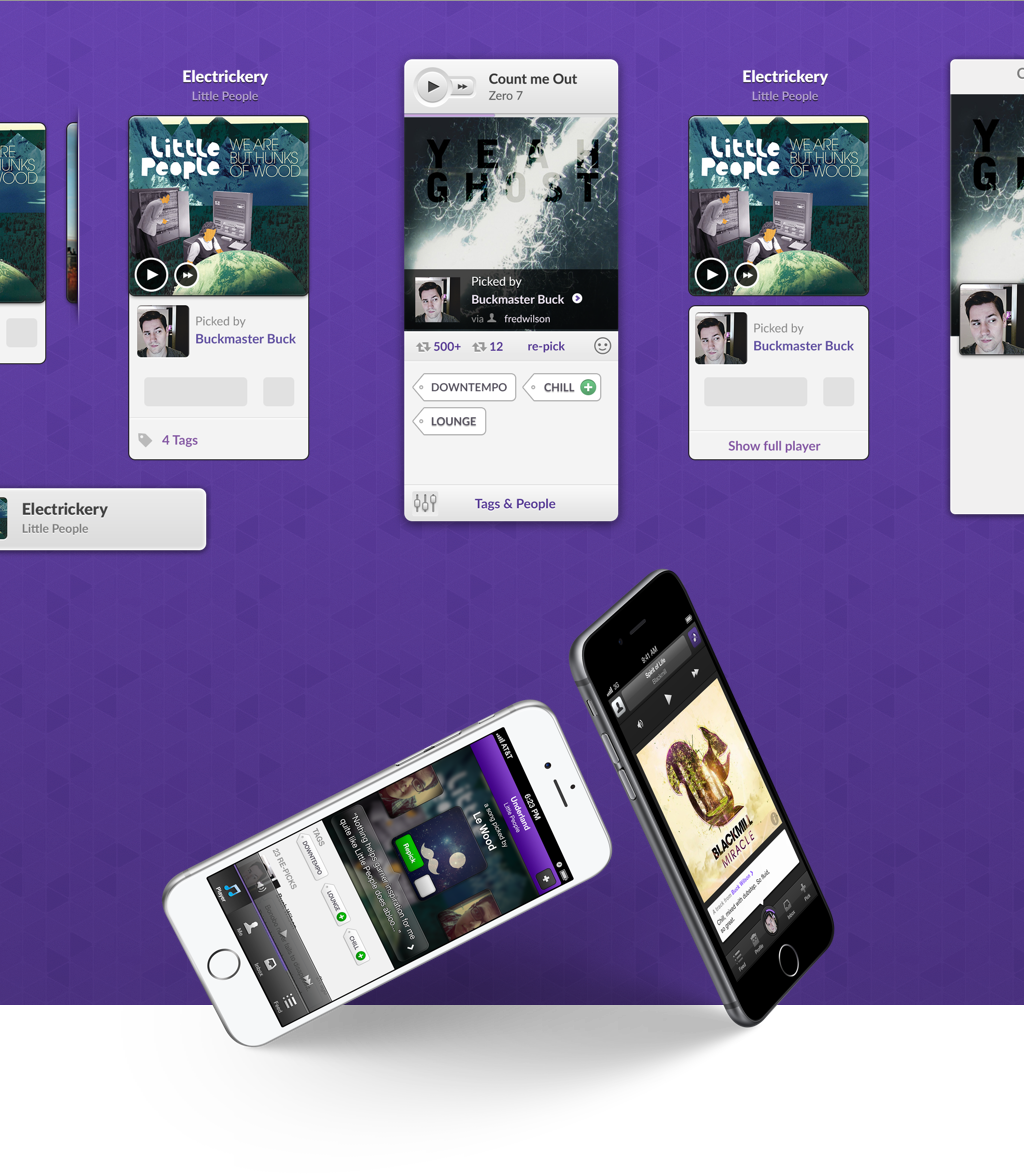 We wanted to retain some of the whimsical, illustrative nature that made Turntable.fm so popular, but in a way that allowed users to focus on the people & the content.

While I’m not an experienced logo designer, it was fun creating a logo mark for Piki that incorporated music & people together. Below is look into the logo iterations and the final home page. 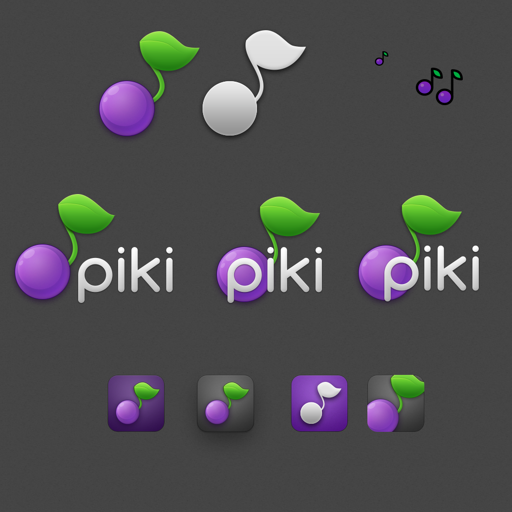 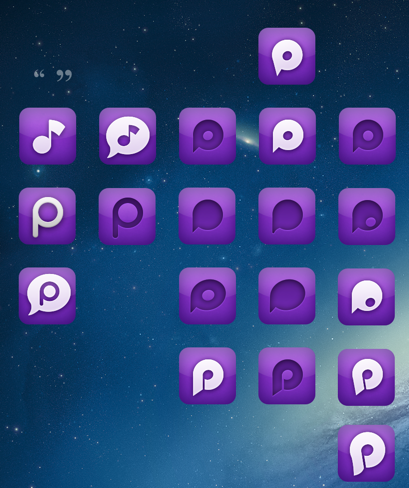