Redkix is an email platform built first and foremost for collaboration. Redkix adds modern amenities such as presence, reactions, groups and more to your existing email.

I was Redkix’s first product hire and joined when the company and product were in its infancy. I assisted in hiring product & marketing & worked with the CEO to flesh out the core concept, create and execute a two-year roadmap to beta, rapidly iterate, prototype, design and eventually launch the beta.

Along the way Redkix secured a historic $17M seed round.

Redkix had just been formed when I joined. They had an excellent engineering team based out of Israel and a strong pitch, but no roadmap and little product. It was an amazing blank canvas to run with in a space that is as contentious as it is exciting.

Eventually we rallied around a core principle: “what if email were invented today?” We spent two years pushing the boundaries of SMTP, eventually creating a platform that sits on top of your existing email solution, enhancing it with a collaboration-focused experience that pulls the technology into the modern era. 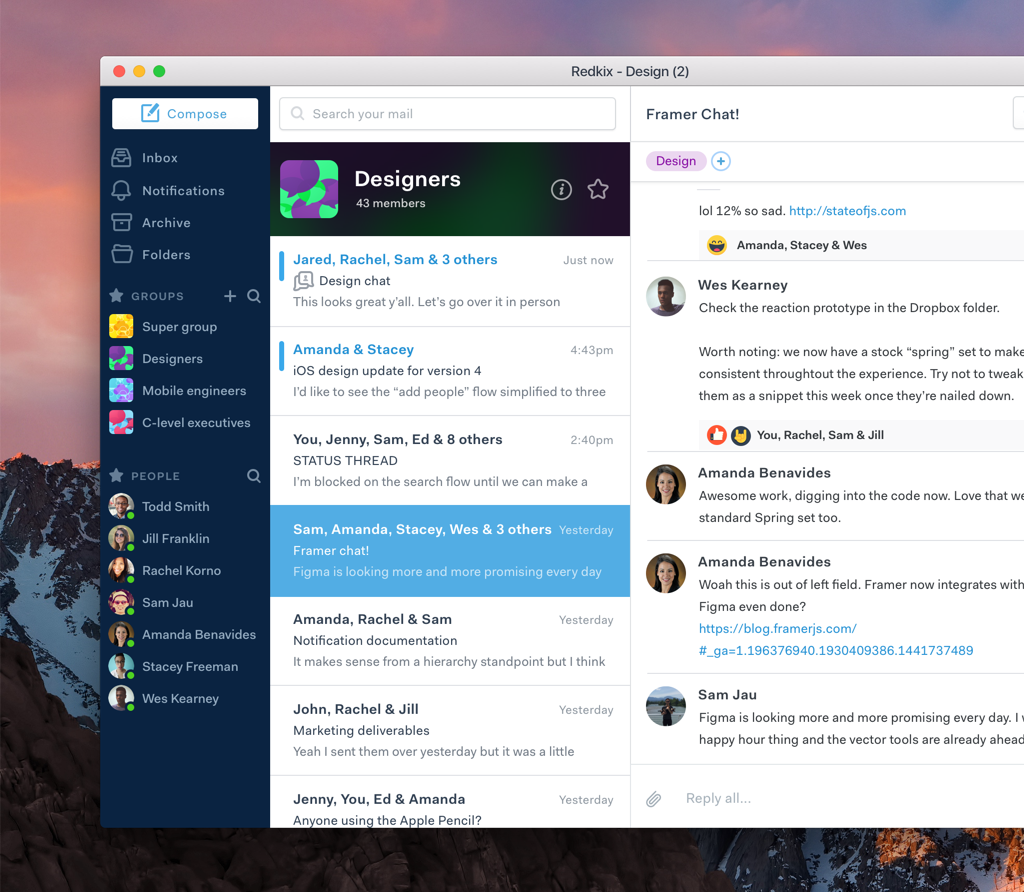 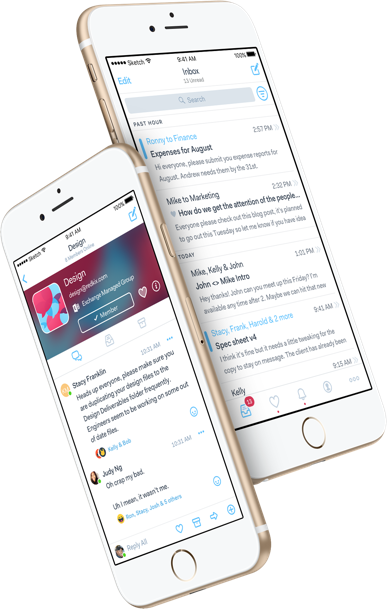 Redkix is deployed via a web wrapper for desktop and iOS and Android native products. Because Redkix is so functionally robust, we had to create a design language that would enable us to rapidly create new flows and features as we hustled to Beta.

We designed Redkix to be visibly unique and recognizable across all platforms, while adhering to platform-specific UI patterns and best practices. The result is a stunning collaboration product that represents the best of the platform it's deployed on. 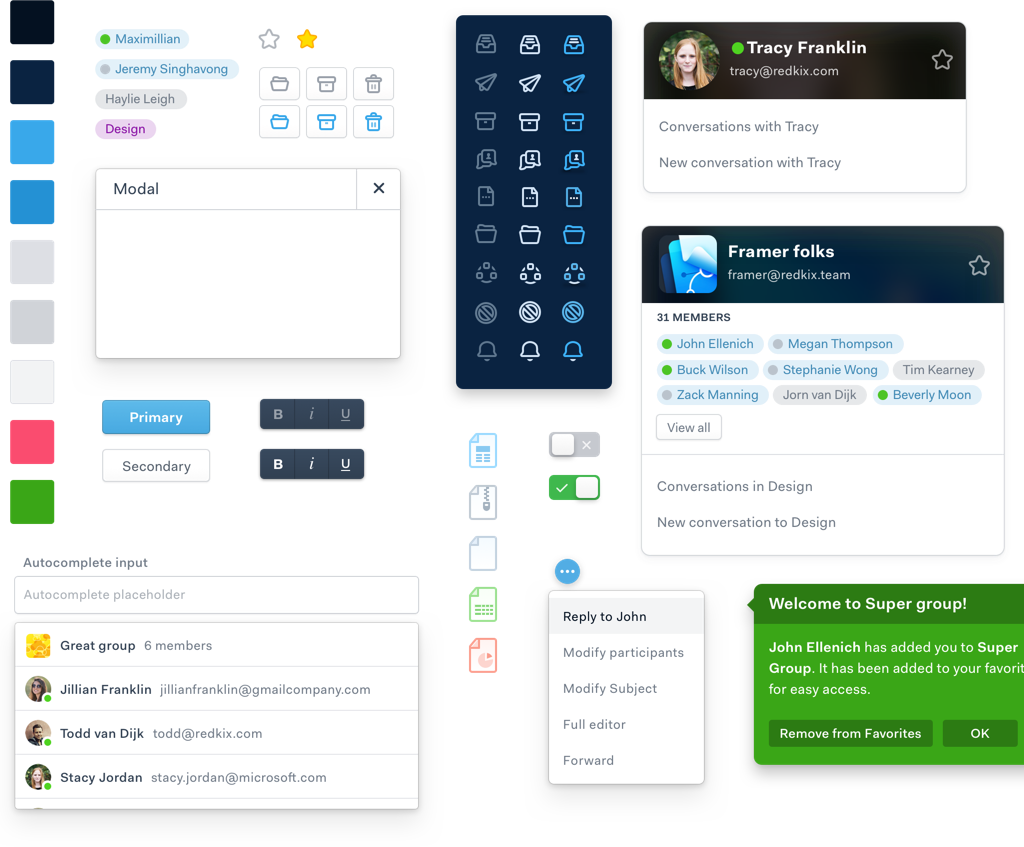 Note: Logo design provided by the ever-bearded Justin Pervorse. Icon treatments by me.

Because Redkix is based on email, the “minimum viable product” for Beta was massive. By Beta launch, we had designed and shipped:

Below is a small selection of these designs. 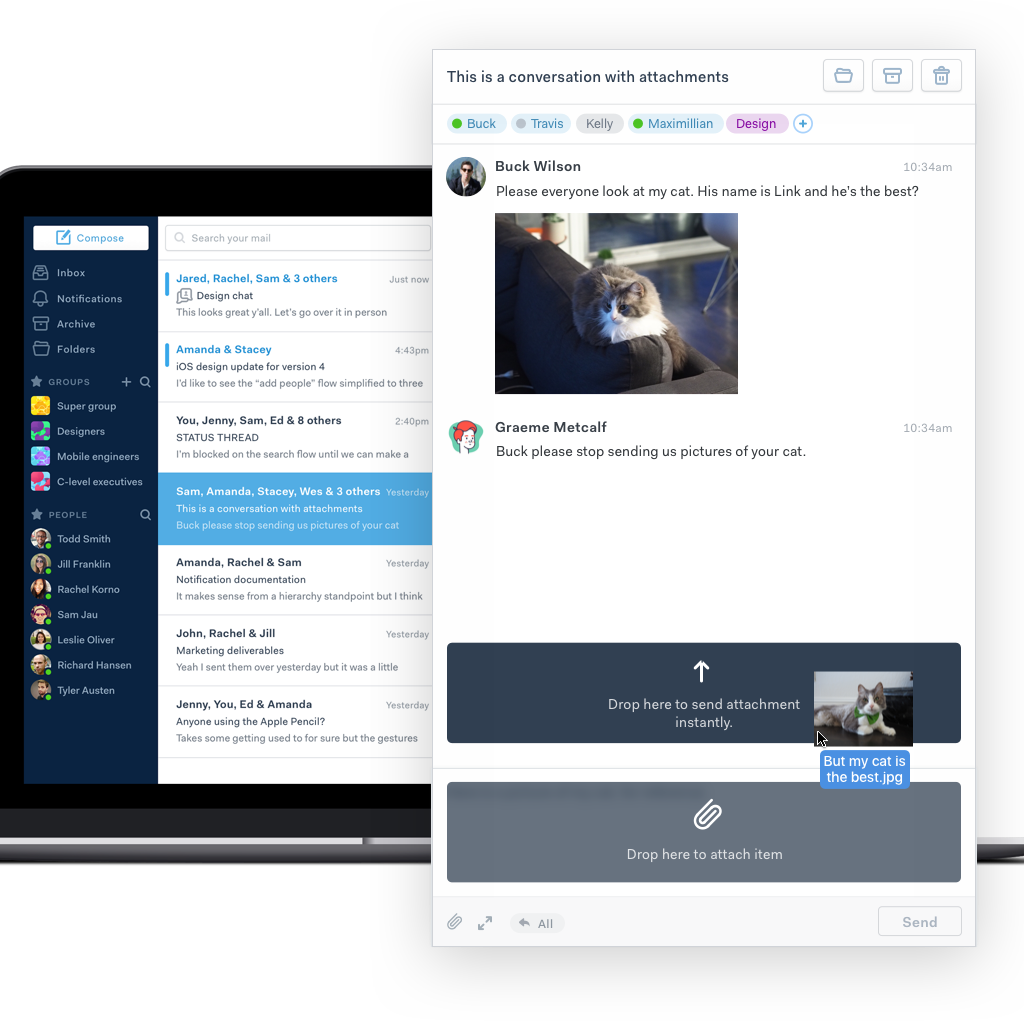 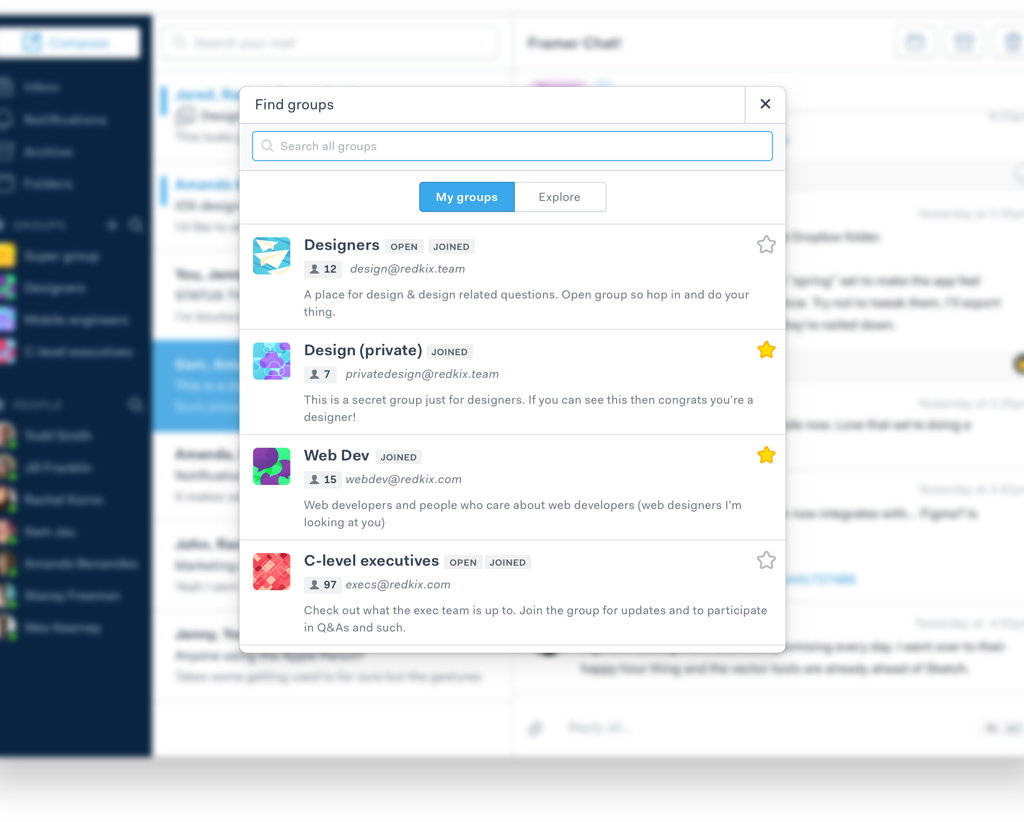